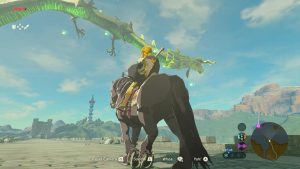 In a much earlier post, I discussed my journey with computer games since the 1980’s. This post focusses specifically on a particular game, Legend of Zelda: Breath of the Wild (BotW) on Nintendo Switch and thinking about travel and experiences when you can’t actually travel anywhere. It also relates to the experience economy.

You might be wondering what’s so special about this specific game that it deserves its own post? Well let me tell you…  It all started being trapped in a COVID-19 induced lockdown for the best part of a year and rapidly running out of leisure activities over winter. It’s been a long time since I’ve played a game to destruction. Probably well over a couple of decades have passed since I got my Pokemon through the final Elite 4 on the coach down to Glastonbury (that’s a story for another day). I was aware of the Legend of Zelda series, but I’ve never really known anyone to play these games. Not sure why, because they are highly rated and right up my street. Beautiful graphics, adventuring, monsters, swords and sorcery in Tolkien-esque situations. I’d seen a video of BotW when it was released in 2017 and was very impressed. Nintendo describe it as follows:

Forget everything you know about The Legend of Zelda games. Step into a world of discovery, exploration, and adventure in The Legend of Zelda: Breath of the Wild, a boundary-breaking new game in the acclaimed series. Travel across vast fields, through forests, and to mountain peaks as you discover what has become of the kingdom of Hyrule in this stunning Open-Air Adventure. Now on Nintendo Switch, your journey is freer and more open than ever. Take your system anywhere, and adventure as Link any way you like.

If you’ve not seen the game in action previously, take a look at YouTuber Deligracy as she walks through the opening scenes of the game for the first time. I love the way she adds her own unique brand of commentary to the game also. My children spend hours watching her gaming walkthrough videos.

So, what’s so special about BotW that sucks you in? Is it the divine art work, the total freedom to go anywhere and do what you like? The incredible detail on everything, the addictive myriad of stories, plots and adventures? It is all of that and more. I have never seen a game like it. Arthur C Clarke’s third law famously states that, “any sufficiently advanced technology is indistinguishable from magic”. This seems entirely appropriate here. As a programmer and designer for over two decades and game player since birth, you just cannot help but wonder how on earth they did it? How is it possible to make it look like that, do that and create such a vast, detailed open playing universe – it’s jaw dropping. 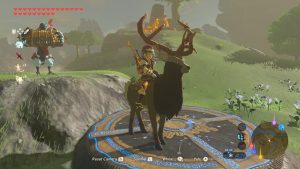 What I found particularly intriguing is the way the plot is structured. At the start, you are very carefully led around a ring fenced area by a guide who keeps popping up – it’s a beautifully subtle training programme – game based learning. Once you achieve you aim of getting a paraglider to glide off into the sunset, the world really is your oyster. The objectives are cunningly split into core objectives (the main plot) and various side quests. There are masters of the game out there that have figured out how to complete the main plot in about 30 minutes. However, in order to get that good, you would have to spend hundreds of hours exploring the game and watching various tutorials and videos in the vast BotW network of players that has built up. Also, completing the game (beating end boss Ganon) really only scratches the surface of what the game’s about. A lot of players decide to go much, much further in fully exploring and conquering the different aspects of the game. The game only gently pushes you towards completing the main boss and therefore this main objective has been described as a Maltese Falcon.

The Maltese Falcon, in Hammett’s novel … is a classic example: the precious statue sought by the main characters is eventually revealed as a worthless plaster copy, which fails to provide any kind of closure to the narrative. BotW is not unlike The Maltese Falcon, in that its ending is very close to being an anticlimax. For one thing, the final stages of the quest are noticeably less challenging that some of the random or planned encounters in the course of the adventure. – Nicolas Labarre 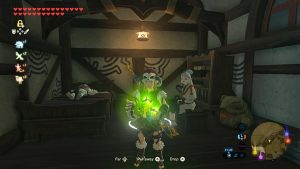 It’s notable also that BotW is a single player game – there are no multiplayer options in the age of networked, cloud based games, death matches and multi-player co-op, particularly in this genre and the massive growth of world of esports. As mentioned though, because the game is so good and so rich and so complex and detailed, this has created a massive international community of players, some receiving literally millions of views on their videos. Beyond completing the game (however you define that), players then embark on the aforementioned ‘speed runs’. This involves trying to complete different aspects of the game within seemingly unfeasibly small timeframes and for that, it takes an eye watering amount of experience and attempts, akin to an esport. Perhaps the most mind blowing was this story of the game being completed from top to bottom in under 50 hours (foregoing sleep etc!). It’s really interesting to note the tips, techniques and methods speed runners develop to help them shave off vital time from their runs. This includes finding glitches within the game and its physics engine. Techniques like clipping (walking) through walls and the unbelievably impressive shield surf bullet time bounce allowing you to sky surf vast distances on your shield. This massive community of players on social media sharing videos, speed runs and ideas also becomes part of the social experience and increases the rich fabric of this part of this experience economy in different ways.

I could go on about this game, but the final point I’d like to make is around the clever camera and snapshot feature in the game. The camera itself is woven into the plot  meaning you can use it both as a tool to understand more and as part of the plot line to photograph things within the game. It even has a selfie mode! Likewise, you can take screenshot photo and videos which save to the memory of the Switch itself. I’ve never done this previously, but you end up with an album of your own personal journey and adventure with the game. Thinking about the experience economy, Pine and Gilmore argued that ‘businesses must orchestrate memorable events for their customers, and that memory itself becomes the product: the “experience”‘. Playing games like really reminds me of what you might do on your own adventure holiday, so you have the memories, snaps and videos to share with your friends later. As we can’t travel anywhere in lockdown, this really has been the next best thing for me. You might argue that computer games aren’t a ‘real’ experience or as Jesper Juul argued, computer games are half real in his book of the same name. However, to some people and communities, this is a very accessible and real version of the experience economy that wouldn’t otherwise be possible.

I’ll leave you with a few of my BotW snapshots below. Each one has a story of amazing memories and experience behind it. That’s all for now, but if you have any thoughts or comments about this post as always, please drop me a line. 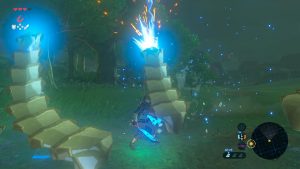 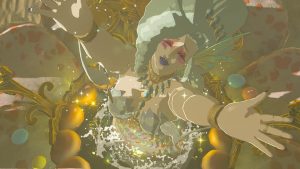 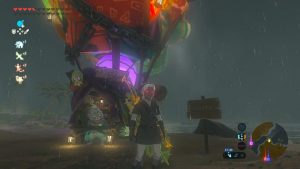 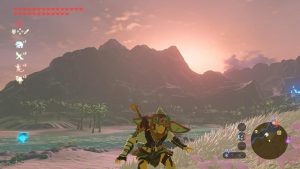 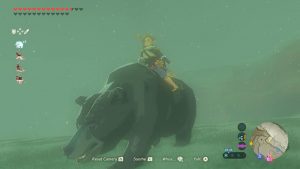 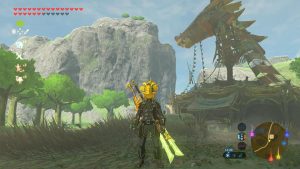 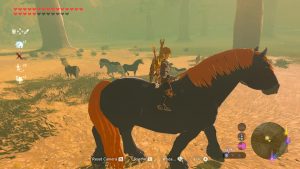 Esports and fan engagement (Part 3 of 5)

In part 3 of this blog post series about digital sport and fan engagement, we turn our attentions to the growing field of esports. Playing video games competitively has been around since arcade and home Read more…