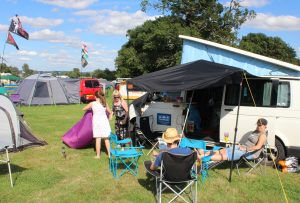 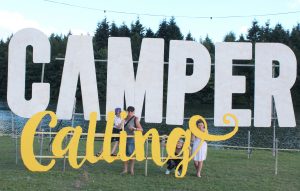 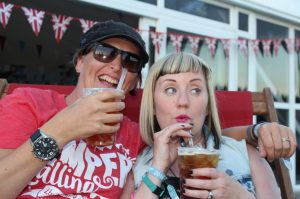 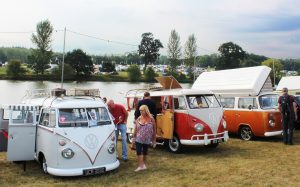 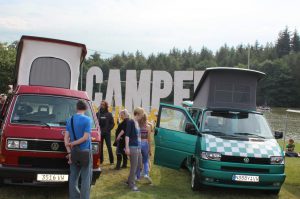 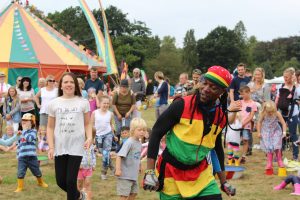 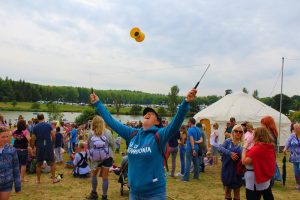 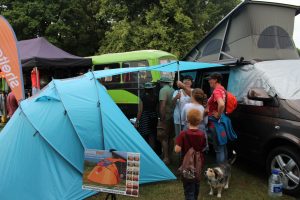 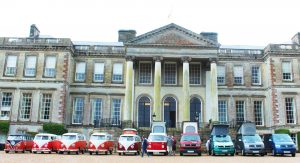 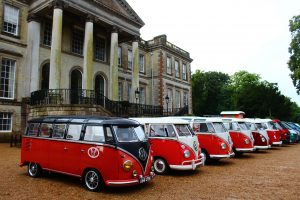 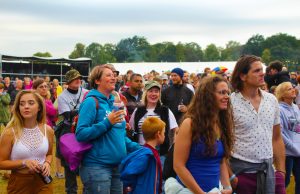 We’ve always loved our music festivals, ever since we first visited the Essential and V Festivals in 1997, but it wasn’t until Solfest in 2005 when we experienced our first festival with a VW van and our first child Summer who was just a few months old at the time. Since then, we’ve been to lots of different music festivals and VW festivals, so when we learned about the Camper Calling 2016 festival, we were very excited. It looked like just our kind of thing, plenty of Camper Van action, but with some great bands and entertainment to boot. With the addition of the activities outlined on the website, we couldn’t wait!

Camper Calling marked the end of a two week road trip for us, around Somerset and Cornwall and we travelled up the motorway after a visit to London. It was a glorious Friday afternoon and we met up with our friends at Warwick services and then headed the final thirty minutes to the resplendent Ragley Hall.

We’ve been to a few festivals in the grounds of stately homes before and they do make for the best settings with the ancient trees and open fields. The grounds and lake looked magnificent in the sunshine as we made our way up to the VW field. The first thing that was notable aside from the glorious setting is the friendliness of the staff. It can get a bit complex finding where to park and how to get tickets etc. but there were no long queues and confusion that sometimes ensues in these situations. Each member of staff we spoke to was really helpful and friendly and this set the tone for an excellent weekend!

We got our camp set up, had a bite to eat and then headed down to the festival arena, which was no more than a five minute walk away, even from our relatively remote camping spot. Camper Calling looked splendid with its little tents, fairground rides, boating on the lake and the main stage as the jewel in the crown. We took up residence on the Pimms tent deck chairs on the decking, with a nice view of the main stage. The music on the Friday night was brilliant with Dodgy and the Magic Numbers in particular really impressing. We didn’t get to see Mused as went to watch John Fairhurst in the Freshly Squeezed tent. Two of our party had been seen John play at Glastonbury and he did not disappoint. An incredible set of rock guitar and vocals combined with a pint of local ale from the bar was the perfect way to get the weekend started. We had a chat with John afterwards and bought a CD – what a great guy!

A couple of pints and Pimms later, we were at the front of the stage watching the simply brilliant Magic Numbers. It’s been a while since we’ve heard some of these bands, but they sounded amazing and you forget how many great songs they have in their back catalogue. We completed the evening with a fairground ride and back to camp for a barbecue and some whisky tasting to complete a memorable evening.

Saturday morning was bright again and we headed down to see the VW Camper, best of the best competition. The impressive task of rounding up previous winners from the Camper Jam festival looked beautiful against the lake setting on another glorious day. The vans were mixed up in different ages and gathered massive crowds looking in and around the vans, taking photos and chatting to the owners. After that, we tried out some of the activities such as circus tricks like unicycle, Diablo and stilt walking. In the same area, we saw African dancing and puppet shows in and around the Circus tent.

The kids had a play on the impressive adventure playground and we saw where the wicker weaving and storytelling from Hand Made Theatre was happening in that area. We had a look around the stalls and by coincidence, found the Shelta Pod stand where we had recently backed a Kickstarter campaign for this innovative new sun awning/tent that can adapt to the weather and scenery!

We headed back for lunch and not too soon as the heavens opened in a thunderstorm and heavy downpour. This is when the new conversion in our T5 and front swivel seats come into their own as six of us piled comfortably into our van for a glass of wine. When the rain subsided after an hour or so, I headed up to Ragley Hall to see the winners display parked in front of the hall. For VW fans or neutrals, this was a really impressive sight and well worth a soggy uphill walk to the hall. 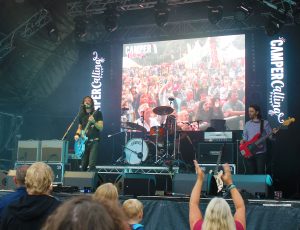 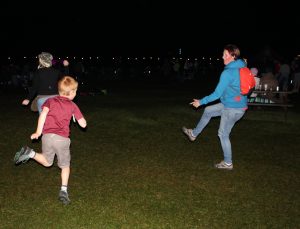 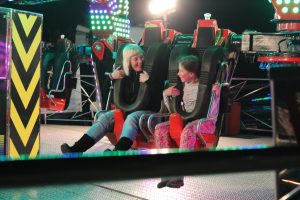 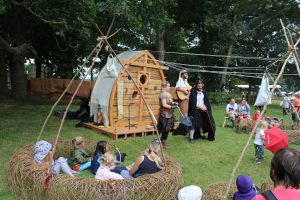 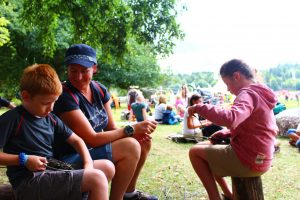 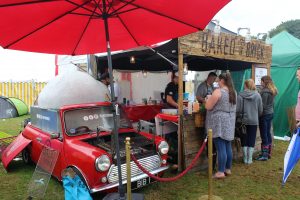 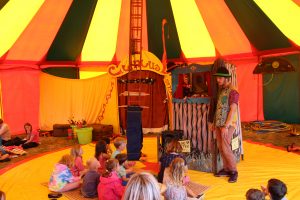 As the weather cheered up, the Saturday night music line-up was just as impressive. We saw the UK Foo Fighters, Top Loader, The Hoosiers and ABC capped a musical extravaganza on the main stage.

The kids played Jenga on the Pimms tent decking and we inflated our Lay Bag among the many chairs and picnic blankets at the main stage. It was great that there was plenty of room to get set up, lots of families and you could wander right to the front of the stage if you wanted. All of the bands sounded really good and there was a great atmosphere all round. We finished the evening with another fairground ride and barbecue and reflected on an enjoyable day still humming ABC’s hit “The Look of Love”.

On Sunday, the sun was shining again, so we got packed up and headed down to see if we could get on to a boat on the lake. We queued up for a while, but then decided our limited time would be best spent at the adventure playground area.

The kids weaved fishes out of wicker, saw a live story and played on the playground for a while, before we headed for lunch. We had an amazing weekend. Our two friends and their tent had joined us and they also loved it and didn’t find the ‘camper van thing’ too overwhelming. It was a really nice fusion of the two. The weather was kind to us and we were blown away by the friendly party atmosphere. The first couple of years of a festival we always think are the best in our experience. We hit very little queues, the loo’s and facilities were really good and we couldn’t have asked for a better weekend.

For the first year of the Camper Calling festival, the numbers were impressive and in the sum, they managed to drink all of the cider on site and sell out the majority of festival t-shirts in no time. The demand had surprised quite a few people. The people we talked to and saw their comments on Facebook were also mightily impressed. They asked for more food stands, traders, cider and sunshine for next year!

The intimate size of the festival is one of its strengths and keeping that balance is a challenge for any festival. There were quite a few things that we didn’t get to see and do, in the time we had, which is good news for next year. Amazing work by everyone involved though and we are looking forward to next year already!