The Internet of Things and fan engagement (Part 4 of 5) 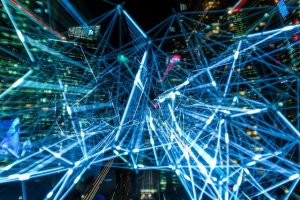 The term Internet of Things (IoT) dates back to 1999 and has become more popular in recent times to describe the network of various devices connected to the Internet. A poll on Consumer Affairs showed that although 70% of people owned an IoT device, only 20% had a firm grasp of the meaning of IoT.

“The internet is no longer a web that we connect to. Instead, it’s a computerized, networked, and interconnected world that we live in. This is the future, and what we’re calling the Internet of Things.” – Bruce Schneier, NY Mag

IoT devices are made smart by their connectedness and is a

next evolution of computing. If you think about all of the things you own, so many of them now are computerised and connected. Connected devices include smartphones, laptops, vehicles, wearables such as wristbands, cameras, lightbulbs, Alexa and Google Home devices, smart appliances and many more. By 2015, there were 15.4 billion devices estimated to be part of the IoT and according to research by IHS Telecom, it is forecast to grow to 75.4 billion by 2025. IoT is also closely linked to ‘cyber-physical systems’ as described as the fourth industrial revolution or ‘industry 4.0’.

“[Industry 4.0] combines aspects of the physical, virtual, IT and cybersystem worlds to help create a new working environment of integrated productivity between worker and machine.It represents a highly dynamic point of achievement, where every company, whether large OEM, major tier supplier or small job shop, can benefit from the technologies and the communication platforms emerging in the market today, some at the speed of light.” – Bernd Heuchemer – Siemens in Germany

What this means is that the IoT and industry 4.0 also offers great potential for sports fans and clubs. The terms have become a little blurred and the 4.0 suffix has been used increasingly in different fields such as ‘digital 4.0’. Essentially, this is about embracing the potential of connected technologies to produce new things and engage a wider connected audience and of course, the smart use of data.

The Internet of Things and fan engagement 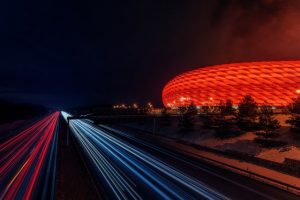 The IoT has been used for various sporting applications. The obvious ones are tracking player statistics through wearables such as vests or connected cameras at the side of the pitches. This data visualisation and insight is increasingly popular with sports clubs and fans as a way to gain a competitive edge.

“Digital technology has brought elite athletes closer to amateur athletes and to fans…today’s amateur runner or cyclist can track his or her performance with a wearable digital band or mobile phone.” – Prof. Andy Miah – Sport 2.0

Our topic in hand though is about fan engagement. In part 1, we discussed the rise of smartphone social media apps as a way for fans to interact with each other and their favourite clubs before, during and after a game including in the stadium. Most fans own smartphones and these often come to live games as well, but what about the other smart IoT devices? Well first of all, smartphones, tablets and smart TV’s are the most obvious IoT devices which sports clubs can capitalise on. Aside from social media and apps, sports  clubs are also taking advantage of OTT (Over The Top), streaming media  with league and club TV channels. The ReThink TV report, highlights that streaming could account for $85 billion by 2024 for sports media rights revenues.

Will sports leagues kill the golden goose for traditional broadcast business models? Not yet. To start, sports leagues will use OTT delivery as a complement to broadcast delivery. And broadcasters also aim to enhance their traditional offering with new OTT services. LaLigua announced that OTT is only 8% of its revenue, but it expects that to rise to be around 20% by 2022 and up to 50% by 2025. – Harmonic

Clubs and stadiums continue to tackle the connectivity of their grounds. That is, improving the WiFI and Internet coverage to enable the devices to work. The rise of 5G also provides great opportunities for sports clubs.

“The Vodafone Business Lounge, now open at the home of Wasps, the Ricoh Arena in Coventry, provides a space for businesses to collaborate, innovate and try out new technologies such as 5G, the Internet of Things (IoT) and high-speed fibre.” – Wired, 5G will change sport forever

In this Guardian article, “IoT is revolutionising the world of sport“, they discuss the use of IoT including at the Six Nations Rugby tournament. This involved working with Accenture to install a new WiFi system at Twickenham to support their IoT proof of concept. They created a system using a wireless headset device to provide useful, real time information from the match to demonstrate a new way for fans to interact with live sport.

Clubs are realising the benefits of IoT and the connected stadium. The 2014 World Cup in Brazil was branded as ‘the connected world cup’ and the most hi-tech in history. This included massive connection upgrades, connected cameras and turnstiles. The 2018 FIFA World Cup in Russia continued this trend. They created 1,300 new cell towers and 25km of fibre cable to improve connections for fans. The Luzhinki Stadium allowed up to 150,000 simultaneous fans to connect. And connectedness in stadiums continues. In England, Premier League side Spurs have built a new connected stadium where the IoT and technology is fundamental:

“When you start with a blank piece of paper, and you decide to build a brand new stadium, then you have an opportunity to design and build your technology platform from scratch” – Sanjeev Katwa, Head of Tech for Spurs

The video below demonstrates the use of data and IoT inside and outside of the stadium.

So once the stadium is better connected, what can be done for fan engagement aside from social media? Well, Bluetooth beacons are one of the technologies that allow the IoT to enhance the stadium experience. They can be used to send specific messages to individual fans in particular zones, that could include greetings, special offers, news, games, seating upgrades and various other things. The location data gathered can be very useful to direct crowds and give personalised offers in realtime.

Away from smartphones and connected stadia, wearables are another technology which have been used to capture data from players, but are now also being used for fan engagement. Manchester City launched the Fantom, which is a branded wristband which provides instant club updates. It’s also a match day companion which allows monitoring of match day spending and behaviour. 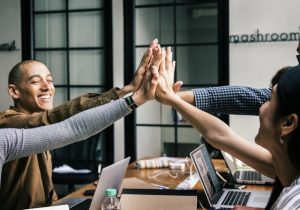 The future challenges for IoT and fan engagement

So far, we’ve discussed some of the various ways in which fans and clubs can benefit from the IoT, connected stadiums and devices. There are however a number of challenges to overcome in order to progress. These come primarily in the shape of security and privacy. For example, manufacturers of IoT devices and networks need to be mindful of the harmful potential they can unleash. Unsecured devices can be hacked and hackers can therefore use the devices for things such as domestic abuse or even to bring down whole networks. The market has been flooded with cheap connected devices which have been used by hackers to create denial of service attacks.

“Hackers were able to harness tens of millions of unsecured smart devices like thermostats, home security systems and even printers to launch a massive denial-of-service attack against major web sites like Amazon, Netflix, and Twitter. The attack prevented consumers from reaching these sites for several hours.” – Mark Huffman, Consumer Affairs

In terms of privacy – consumers are concerned that their data is not secure from hackers and brands which seek to monetise the data or use this for unknown purposes such as surveillance. In order for IoT to prosper therefore, manufacturers need to consider security more carefully and policy and standards need to prevent unsecured cheap devices and IoT abuse.

Finally, brands need to be transparent about what data is being used for so that the IoT is genuinely improving the fan experience and not being used for nefarious purposes. What challenges or potential do you think the IoT has in store for sports clubs and fans in the future? I’d love to hear from you. In the final part (5) of our digital sport and fan engagement series, I cover smartphones and fan engagement.