Digital technology is developing at an incredible rate and its impact on sports fans over the last decade has been nothing short of spectacular. In part 2 of this blog post series of digital sport & fan engagement, we turn our attentions to Virtual Reality (VR). VR relies upon immersing people into a simulated world. There are other related technologies such as AR (Augmented reality) which uses devices such as smartphone and tablets to overlay graphics into the real world creating an interactive ‘augmented reality’ experience. This article focusses primarily on the use of VR in sport for fan engagement. 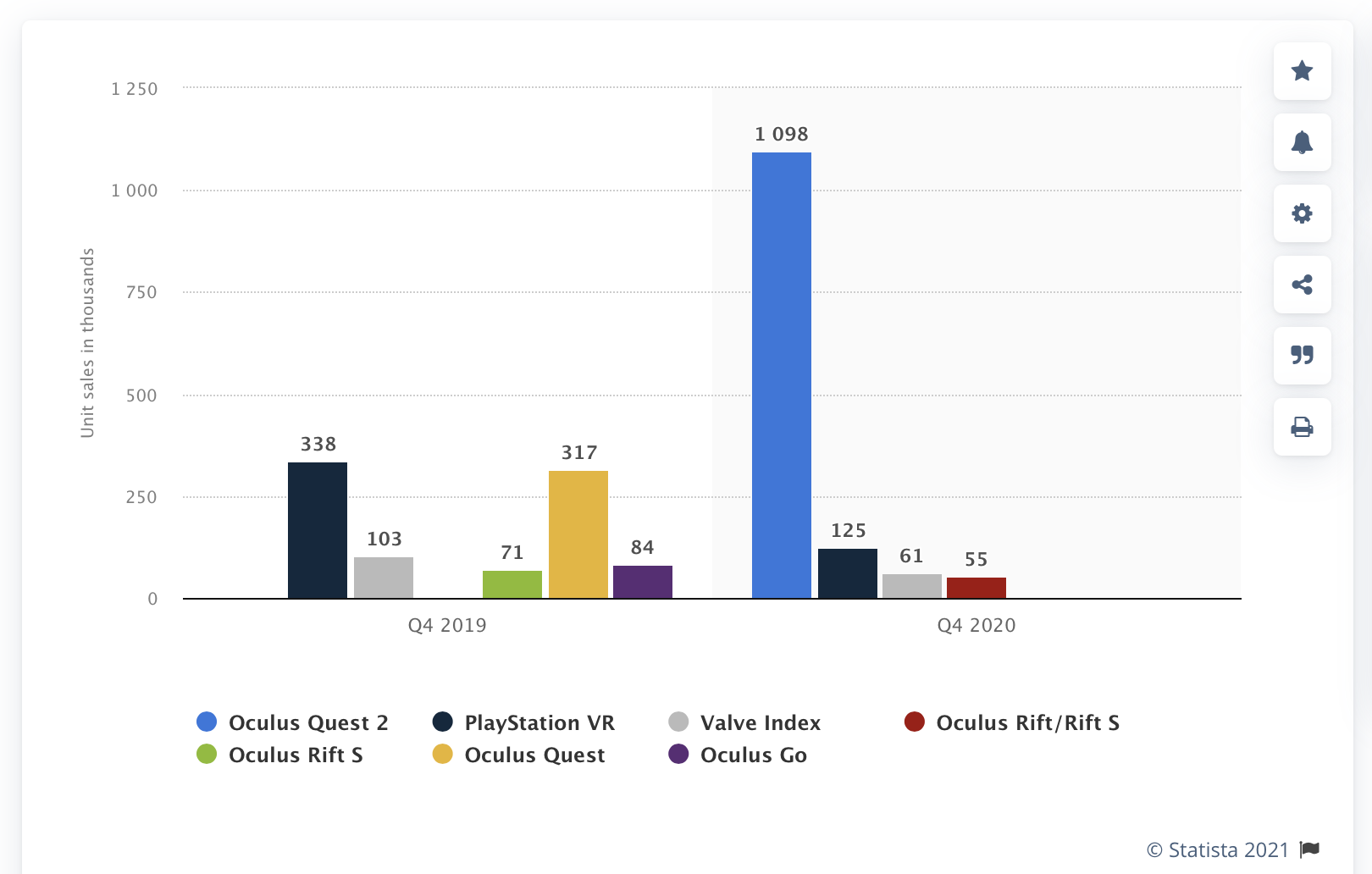 The growth of digital technologies has created a massive new wave of interest. According to Statista.com, the overall market for VR and AR in the US alone grew from $6.1 billion in 2016 to $27 billion in 2018. By 2022, it is predicted to be worth an incredible $209.2 billion as these technologies increasingly move from a niche audience of gamers to the mainstream. During the Covid 19 lockdown, Facebook’s continued development of the Oculus platform led to much increased sales of VR headsets.

Sports clubs and broadcasters have latched onto this trend, broadcasting matches and creating virtual experiences for fans. The adoption of technologies such as VR by young hyperdigitalized fans continues to rise at a rapid rate and clubs need to keep up with this pace. This is why clubs show an increasing interest in using digital technology to create engaging and impressive experiences in order to form connections with older and young fans of all genders and cultures from around the world.

VR offers a digital platform which can bring fans closer to the live action, connect them and even enhance the live experience. Those experimenting with VR now can reach new fans and start to understand more about which types of content work best on the medium to ensure that they are relevant on the platform as it grows in popularity.

How has VR previously been used for fan engagement

In Sport, VR has been used to enhance training, but our primary concern here is fan engagement. Jaunt VR  showcased The VR 360 experience with Manchester City Football Club. It included exclusive access to the players’ changing room and a first-hand look at the players arriving on the blue Carpet and had over 1 million views in the first few days after release.

“There’s nothing that compares with attending a match at the Etihad Stadium, but the emergence of 360 video and virtual reality has allowed us to capture some of that atmosphere and excitement in ways that weren’t possible in the past.” – Diego Gigliani,  City Football Group

In boxing, Floyd Mayweather released a “Boxing + Fitness” VR extension to his gym franchise, allowing users to train with the former World Champion and even step into the ring with him in VR.

In the US, Baseball have had great success with VR by bringing the players closer to the fans. For example, the San Francisco Giants were able to produce a series of VR videos allowing fans to experience the game from the players perspective.

“This is the price of admission right here. Watching Buster Posey catching in the back, a foul ball. You feel like you’re in the game.” – 74-year-old Giants fan Mike McKay

FIFA and their broadcasting partners were encouraged by the use of VR in the Winter Olympics. VR was therefore used in the World Cup in Russia. The BBC produced a VR World Cup smartphone app which was downloaded 325,000 times. This allowed fans to experience the action from 3 different angles. The app received a mixed reception, but was considered to be a good way to start the journey for virtual fandom in order to keep improving towards the next World Cup (Qatar 2022).

Fancy watching this England game in VR? Follow the link below and find out how you can!

Why is VR not fully adopted in sports already? 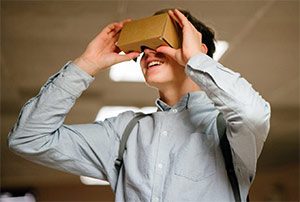 Although it is relatively early days for VR and fan engagement, one of the main issues is the fact that it can reduce the social experience of the sports experience. VR on a smartphone only is not a particularly engaging or immersive experience. There are cheap headsets such as Google Cardboard and others, but the most immersive experiences seem to come from the more advanced headsets such as Playstation or Oculus. Although headsets are improving and dropping in price, they can be relatively expensive, bulky, disorientating and can make fans feel isolated from other fans from a social perspective with extended use.

In a blog post about the Fox VR app, Jeff Grubb described it as “a miserable experience..it was hard to keep the headset steady to prevent the image from shaking” and “switching between the five cameras also required a few seconds of loading — every second is precious when you are watching something live and fast paced like football”. There are also technical limitations with headsets and sheer size of the data and processing power to create an accurate virtual re-creation of the speed and buzz of sports, especially live. If the VR experience is slightly off, it can cause the end user to feel disoriented, sick or disillusioned, but technology is improving all of the time. The latest VR headsets have improved their resolution, clarity and comfort, reducing some of the previous negative effects.

One alternative to VR headsets is the use of immersive video. This does not require a headset and could retain the social element of sports. Fans would be able to enjoy the social aspect of experiencing sports by interacting with the people around and still getting the feeling that they are at their teams’ stadium. At the University of Salford, we have experimented with immersive video working with our Octave (virtual cave) team to develop a virtual fan experience using immersive video at our MediaCityUK campus as part of our VR in Sport event. We set up a prototype virtual fan experience installation using a round room and projection.

VR and Sport – the next steps

Whilst sophistication and quality of VR increases, the prices of headsets continue to fall. It is notable that Facebook spent billions of dollars to acquire VR system Oculus Rift and sales have increased during lockdown. This gives an indication as to the potential direction of social media becoming more immersive in the future. Social media platforms have also maintained great interest in sports content and video because of the sheer volume of fans and engagement it generates globally. We are just starting to see successful VR applications in sport, but the technology and the appetite for immersive and social experiences continues to grow. Marrying the two will be crucial in the developing relationship between VR and sports. It will be fascinating to see how VR and other immersive technologies develops over the coming years.

The global pandemic caused sport to cease and clubs were forced to think about  technologies such as video streaming, esports and VR as potential alternatives to live sport. VR has continued to sell well and in this post, I cover VR and sports fans in lockdown.

VR is not new, but it has grown and improved in recent times to show some exciting new applications to engage sports fans worldwide. We have looked at some examples of applications which bring sports fans closer to the action. With new platforms and applications emerging, the social and technological barriers for VR adoption are beginning to break down. This opens up incredible opportunities for sports clubs to engage with fans around the world and even to create social VR experiences across the globe. VR will continue to improve and recreate the atmosphere and excitement of sports and will open new markets and ideas in the future. I would love to hear your thoughts on this article, or read part 3 of this series on esports and fan engagement.