Esports and fan engagement (Part 3 of 5) 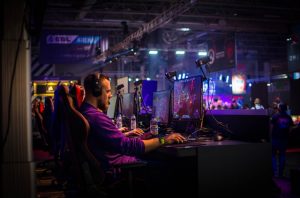 In part 3 of this blog post series about digital sport and fan engagement, we turn our attentions to the growing field of esports. Playing video games competitively has been around since arcade and home computer gaming became popular in the 1980’s.  In this article we look at the rise of competitive video gaming, esports, sports fans and the future.

The rise of esports

In 1980, Atari held a Space Invaders competition which was entered by over 10,000 people. Esports is a newer term which covers the growing field of competitive video gaming for amateurs and increasingly, professionals. According to the UK eSports society, it is classed as a mind game rather than a sport. The definition of esports continues to evolve. Prof Andy Miah is perhaps one of the best people to help define what esports is in this video.

The growth of esports has been nothing short of spectacular with tournaments featuring eye watering prize money and esports worth an estimated $1.8 billion by 2022.  Esports related betting is also very substantial given the huge audiences tournaments attract both physically, recorded and live streamed through services such as YouTube and Twitch.TV. Countries such as Brazil and South Korea are leading the way in esports with televised events and esports thoroughly embedded into national culture.

The prize pools of esports competitions continue to grow with tournaments like Dota 2 and Fortnite growing to over $30 Million.

“It’s not hard to see the appeal. Money and viewers have been steadily flowing into the e-sports space, turning it from a fringe hobby into a remarkably lucrative phenomenon.” – Andrew Webster, The Verge

In fact, a report by Newzoo predicts that with the launch of more esports genres, the audience will surpass that of the global audience of tennis in the US. Their predictions have been quite accurate over the years, so when they say that the League of Legends World finals will attract more viewers than the most popular rugby tournament in the world (125 million viewers of the Six Nations), you can see why traditional sports clubs are taking notice. Professional esports players have also been compared to professional sports people.

“If you follow the daily routines of professional players, you will see that they engage in physical conditioning, psychological training, a diet designed for a certain goal, so it is quite similar to the regime of a real-life athlete.” – Thiago Diniz, World champion of Battle for Middle Earth

You may be wondering what the connection is between sports clubs and fan engagement given we have seen that eSports is a mind game rather than a sport. In this blog post series on digital sport and fan engagement, we’ve discussed how sports clubs and players are using popular new technologies to reach a global audience including a fanbase of young, hyperdigitalized fans. Because esports has grown to impact on the lives of so many young people through playing, competing and watching tournaments, it has come to the attention of sports clubs as a way to build their brands. The FIFA Soccer series has so far been an important way for football clubs and organisations to engage with the eSports world. The FIFA 2022 video trailer below received millions of views on YouTube. With each release, the graphics and gameplay become ever closer to the real thing with improved motion capture and machine learning. Choosing to play as Liverpool, you will hear the crowd singing their famous song “You’ll never walk alone” and see Champions League graphics just like on TV. Playing styles of individual, photo-realistic players further blur the boundaries between a real and virtual match.

As usual in the UK, Manchester City has lead the way in experimenting and embracing this technology by signing professional esports players to represent them. Many other clubs now employ professional players and teams including Salford FC. Although some English clubs and the Premier League were a little late to the esports party, there is the e-premier league and the COVID-19 lockdown accelerated esports for many clubs and fans with interventions such as the #QuaranTeamCup, live streamed on Twitch for fans to engage with and bet on. Clubs  posted to their social media channels like they would in a real match.

🔴 Red card – Dack gets Dack sent off. You could not make it up!#Rovers #UltimateQuaranTeam 🔵⚪️

Whilst the English and other European football clubs are entering esports through the FIFA route, other clubs take a more holistic view of esports. Santos FC in Brazil for example carefully learned about the esports industry through working with a partner and then creating tournaments in some of the top esports games including League of Legends, Counter Strike and Pro Evolution Soccer.

The future of esports and fan engagement

As esports grows in popularity, this will attract more clubs, sponsors and players to participate. Games such as Fortnite and League of Legends have already reached a stellar level of this and other games will follow in this path, creating their own global leagues. Sports clubs and brands are just starting to see the value of games and as the young esports players and spectators of today become the executives of tomorrow, greater understanding and linkage will occur. The prejudices and misunderstandings about gaming and esports will therefore cease to be a barrier. 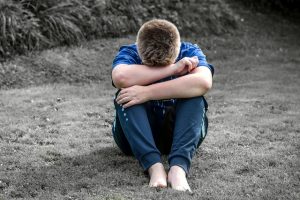 There are a number of other issues to address with the continued growth of esports, including mental health problems of professional players including anxiety, panic attacks and depression. In esports, players can literally go from being a teenager playing video games for fun with friends, to be thrust in to the scrutiny of the public eye and social media with a great deal of pressure on them. Mental health in millennials is already a growing issue as documented in the excellent book ‘Life of Y‘. Putting young people into these high pressure positions where they are spending 95% of their time repeatedly practising video games – this leaves little time for a healthy life style and spending less time with friends and family. This is another dilemma to address for the future of esports.

Graphics, sound, gameplay and tactics within video games will continue to improve, further blurring the boundaries between the game and reality.

“Esports already is a significant part of video game culture, and has the potential to reach a much wider audience ,and may challenge the hegemony of sports such as football as the worlds favourite game” – Muriel & Crawford in Video Games as Culture

What do you think about eSports? What kind of opportunities are there? Will the divisions between sport and esport become more blurred in the future? In part 4, we discuss the Internet of Things and fan engagement.